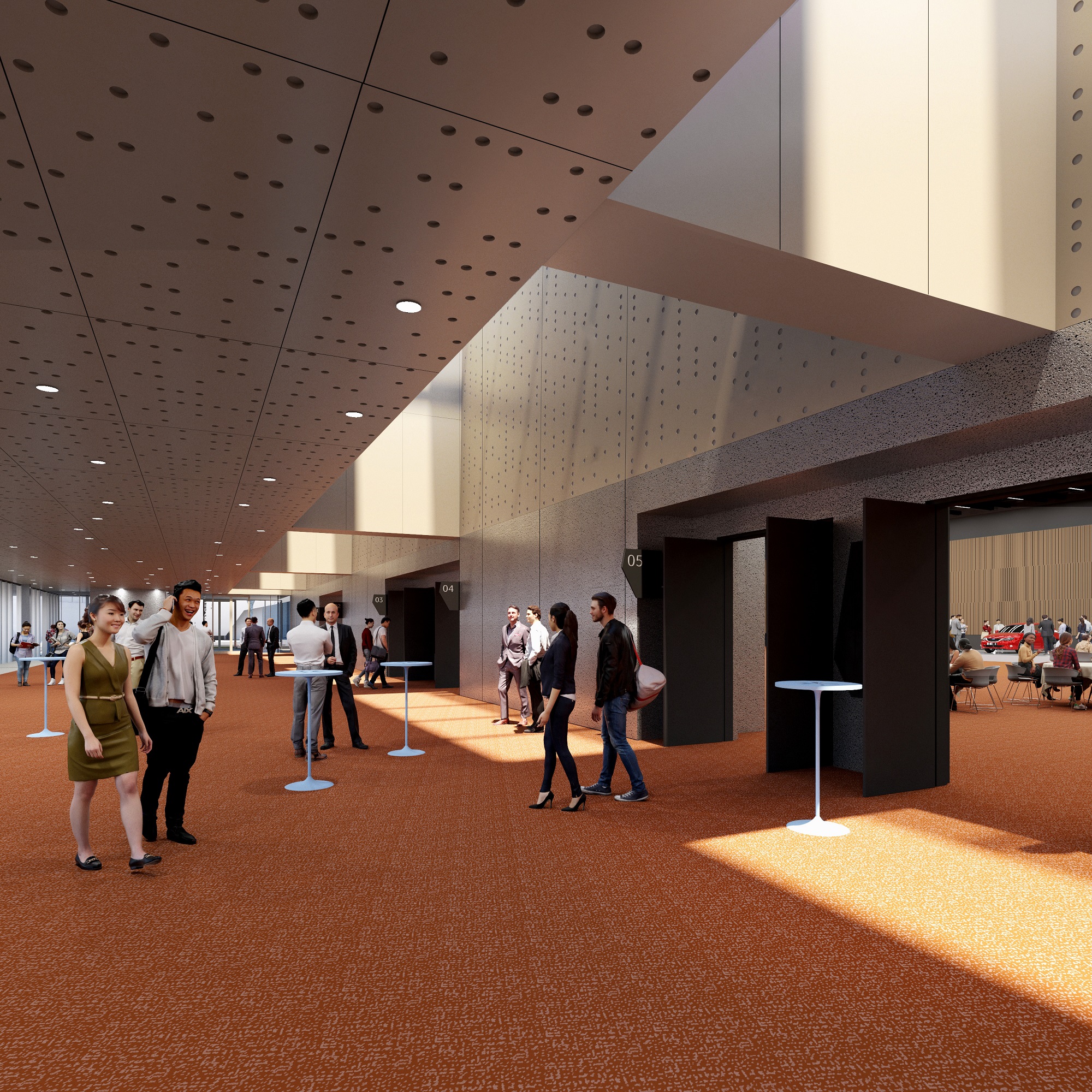 Centrepiece at Melbourne Park is a new event centre in the heart of the Melbourne & Olympic Parks sporting and entertainment precinct. Quintessentially Melbourne, with sweeping views of the Melbourne city skyline, CENTREPIECE is surrounded by open green spaces, Australian gum trees and championship tennis courts which are part of the precincts rich sporting history.

A dynamic and flexible venue, Centrepiece at Melbourne Park offers you a complete conference centre at the home of the Australian Open tennis grand slam. Inviting the outside in, the venue is flooded in natural light via the expansive windows and atrium skylight. Made up of 3 levels; CENTREPIECE is the complete one stop shop for your event.

Centrepiece at Melbourne Park has been designed with events in mind. Our philosophy is simple, to be Melbourne's most eventful and marvellous place. Melbourne is a melting pot of the arts, cultures, cuisines and internationally recognised events, all of which will influence the menu and food experience. Expect to see some local craft beers, Victorian wines, small batch spirits and exceptional coffee for which Melbourne is famous.

The team are now taking bookings for events in mid-2021 and beyond.

Centrepiece - Grand Hall A or B